If an architectural firm was working to destroy multiple century-old buildings with a substantial architectural significance it would challenge our basic instincts about being an architect. I had a similar reaction when I heard Omaha Performing Arts Center, a private organization dedicated to promoting the arts, would be working to work with HDR, an Omaha Architectural firm, to remove three historic buildings from downtown Omaha in 2015. In the end, only a failure to coordinate between these firms and the city saved the buildings, Omaha needs a more transparent approach to historic preservation.

In late 2015, HDR had out-grown its headquarters as the company grew to almost 10,000 employees worldwide from just over 1,500 20 years prior. This growth, combined with the end of their current lease in 2018, led to HDR to look for a place to locate their new world headquarters. HDR was clear from the beginning that they never considered leaving Omaha. ConAgra had just moved from downtown Omaha to Chicago, and HDR offered 1,000 Omaha area employees, a $200 million investment, and a good sized (16-20 stories) office tower to the downtown area. The property targeted by HDR was being used as a surface parking lot by Omaha Performing Arts (OPA) for the Holland Performing Arts Center. OPA valued the parking for their patrons. The Holland was willing to sell the land in exchange for land located to the East, but needed the city’s help, as there were three century-old buildings that would need to be bought out and demolished. The buildings were The Christian Specht Building, the Happy Hollow Coffee Building, and the Alvine Engineering Building.

The Christian Specht building is the only one of the three to be registered on the National Register of Historic Places as well as listed as a local landmark as of 1977. Built in 1884, it is an Italian Renaissance Revival style building and has a cast-iron façade. It is one of only a few buildings in all of Nebraska to be built with this feature and the only one that still remains. The Alvine Building was originally two separate buildings known as the Marshall Paper Co. Buil ding and the T.H. Smith Co. Building. They have since been combined into a single building with one address. Built from 1891-1892, both of these buildings were designed in the Renaissance Revival style. The Marshall Paper Co. Building was originally four stories tall but lost two of them in a fire in the 1940s. The Happy Hollow Coffee Building was built approximately in 1900. Like the other buildings, the Happy Hollow Coffee building was also built in the Renaissance Revival style and was recognizable for its historic painted advertisements and iron-gated patio. All of the buildings were in great shape and occupied, serving the Omaha area by providing jobs and residential units.

The Omaha city council announced that they had successfully mediated a deal with OPA, HDR, and the owners of the three, century-old buildings. The city would purchase the three buildings for a total of nearly $11 million, which they would then give to OPA in exchange for OPA selling their parking lot to HDR for development. Local speculation was that the buildings would be demolished for an expansion or additional parking. However, for reasons that were never fully disclosed, the agreement fell through. OPA did want more than the previously agreed upon $3 million for the parking lot. Additional factors mentioned by HDR were the increasing costs arising from trying to build on OPA’s property as well as the timeline for their current lease. After much time, effort, fuss, and fervor over the prospect of a new major employer downtown, HDR scrapped their plans for a downtown headquarters, eventually settling on a site in Aksarben. The Omaha City Council ended up killing the initial agreement to buy the three, century-old buildings.

While, in the end, the three century-old buildings were saved from demolition, it was not because of the efforts of HDR, OPA, or Omaha. Rather than reasoned debate about the significance of these buildings and their legacy, only timing and bad negotiation saved the buildings. For this reason, it is important for citizens to not rely on organizations with varying interests to protect such structures, and must work to protect such structures on a personal basis.

The name ConAgra, previously known for its line of popular processed foods, now leaves a bad taste in the mouths of the people of Omaha, after moving its headquarters to Illinois. In the eyes of many, ConAgra held the city hostage, received massive tax breaks, is partially responsible for the largest destruction of a historic district in history, only to abandon Omaha 30 years later. To understand the animosity for ConAgra, one must know the history, ConAgra’s actions, and the disregard for historical buildings.

One must first know about Jobber’s Canyon and InterNorth to evaluate ConAgra’s indelible mark on Omaha’s Architectural legacy. Jobber’s Canyon was a warehouse district taking up a 6.25 block area in downtown Omaha made up of 22 brick warehouse buildings built between 1888 and 1932 as well as 4 noncontributing buildings. The 6-10 story warehouses lined brick and cobblestone streets creating a canyon-like effect. The buildings were demolished despite earning historic preservation status before their demolition. The long-term effect resulted from short-term concern over InterNorth, an Omaha natural gas company, leaving Omaha. The city was hit hard and lost more than 1000 local jobs. That same year, ConAgra began its process of looking for a new home.

ConAgra was growing and needed a new corporate headquarters. News of ConAgra’s search spread across the country, and soon other states began to recruit ConAgra to relocate to their respective state. Armed with significant leverage, and with Omaha leaders terrified of losing another major employer, ConAgra CEO Charles (Mike) Harper was able to lobby Nebraska state legislators for significant tax credits. With these tax reforms, ConAgra was content with staying in Omaha. However, Omaha leaders recognized the value ConAgra’s thousands of employees would bring to downtown and felt that if ConAgra did not locate downtown, the urban center would be set back decades in progress.

Convincing ConAgra to build downtown seemed unlikely, as an office high-rise building didn’t fit Harper’s wishes. Harper’s plan was a sprawling, suburban-style corporate campus to fit his decentralized, subsidiary styled corporate structure. Omaha civic and business leaders were determined to make it work, and the size of ConAgra’s workforce gave the company leverage. The city proposed the Central Park East site, located on the riverfront adjacent to Jobber’s Canyon, which intrigued ConAgra, but they wanted the site to include Jobber’s Canyon. This caused a stir, as just months earlier, the entire district had been registered on the National Register of Historic Places, a process that required a considerable investment of time and effort on the city’s part.

The potential demolition of Jobber’s Canyon faced national scrutiny. It was a massive historic district that was still in use, was universally held in high regard, as evidenced by newspapers from around the nation like the New York Times chiming in on the issue. Jobber’s Canyon itself was at the beginning of a multi-million-dollar revitalization. Alley Poyner was hired by the city to integrate the two plans that fulfilled both Harper’s desires and incorporated Jobber’s Canyon. Their plan was considered a wild success, calling for the demolition of only two buildings with the corporate campus arranged to the East. It outlined a campus of several buildings, a high-rise, and a lake. However, in June of 1987, Mike Harper deemed the “big, ugly red brick buildings” incompatible with his vision. Jobber’s Canyon did not survive. The Fairbanks Morse Building had been protected as a local landmark under the Landmark Heritage Preservation Committee. The LHPC ruled unanimously in their January 21, 1988, against removing the historical designation which would allow the ConAgra plan to proceed. Despite the unanimous recommendation by the LHPC, the Omaha City Council voted unanimously to remove the designation from the Fairbanks Morse Building and proceed with the proposed plan. By the end of 1989, all but one of the 26 Jobber’s Canyon buildings had been razed.

To add insult to injury, ConAgra relocated to Chicago 26 years after demolishing Jobber’s Canyon and perhaps most bitterly, chose a revitalized turn of the century building to be their home. ConAgra’s special treatment is one of many examples of corporate favoritism, but the subsequent demolition of Jobber’s Canyon makes it stand out from the crowd. Omahan preservationists were rightfully angry with how ConAgra treated them, but in order to avoid being hurt again, they will have to turn that anger into action. Elected officials must not give large corporations special treatment and should establish clear rules that are transparent and apply equally to all. And if the elected officials fail to hold up their end of the bargain, it is up to the citizens to hold them accountable. This is how cities can protect themselves from being hurt by corporations in the future. 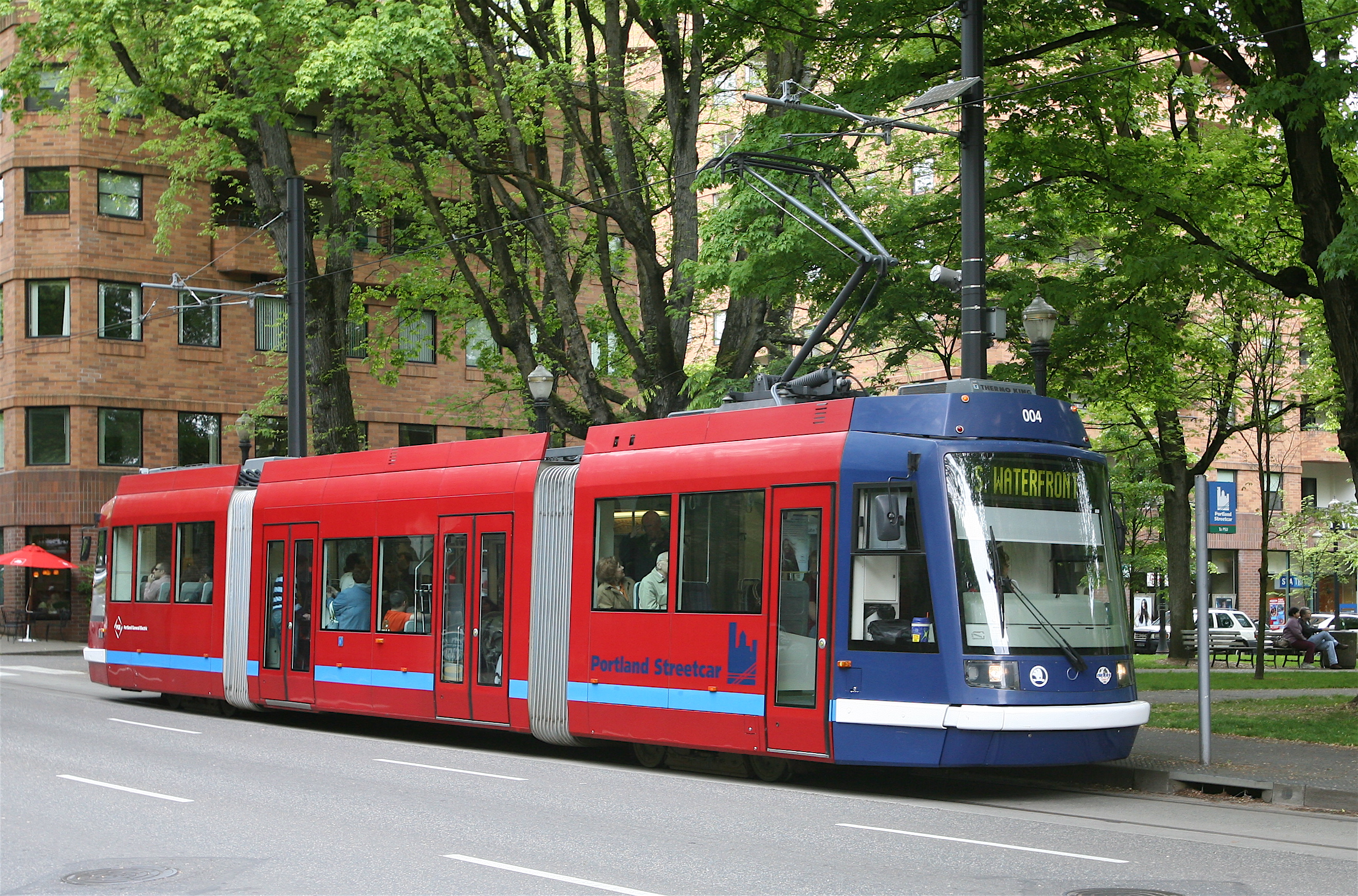 The following was written by the Urban Policy Research Group.

Mass Transit moves people, reduces congestion, and helps a city grow. It can come in the form of buses, subways, or streetcars. Understanding how public transportation is central to an urban development plan is the first step towards understanding the dynamics of urban living.