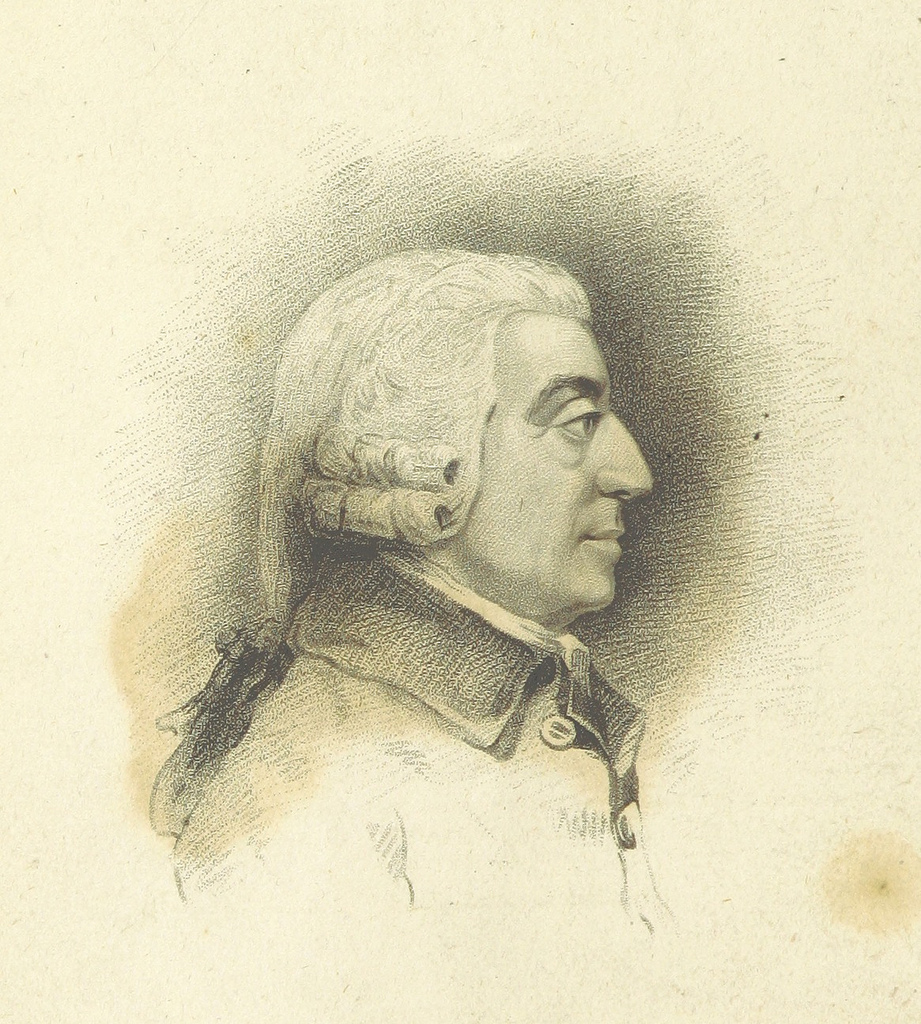 The following was written by Katheryn Furlong and Carly Rademacher

Dr. Martha Campbell, Emeritus Professor of Economics at the State University of New York Potsdam, visited campus on November 1st to speak with students and faculty about Adam Smith’s notion of the Invisible Hand. She came as a part of the “Reconceiving Social Theory: Toward a More Integral Humanism.” lecture series. The series is sponsored by the Kenefick Humanities Chair, and seeks to respond to Pope Francis’s call in his encyclical Laudato Si’: “We urgently need a humanism capable of bringing together the different fields of knowledge, including economics, in the service of a more integral and integrating vision.”

Dr. Campbell defined the Invisible Hand as, “the pursuit of private gain markets achieves the greatest possible social benefit (overall harmony).” She then went on to elaborate that this concept is important because it defines economics as a self-regulating field, which therefore prohibits intervention with the market. The Invisible Hand operates efficiently in its’ allocation of resources, as it produces products most in demand at the cheapest cost, and emanates a spiral of economic growth where profits produced in one year are reinvested during the next which creates a continuous process of growth.

Smith holds that the market is driven by human nature, specifically the propensity to truck, barter, and exchange in order to better our condition. This market system provides for goods in effective demand. Campbell defined effective demand as “the demand by those who are willing to pay the full costs of producing the commodity.” For example, a person may have desire for a certain good, but without the sufficient ability to purchase, it goes unrealized. If that person does have the ability to pay, “effective demand” ensures that their needs and wants are recognized and provided for. However, effective demand cannot sufficiently distinguish between true human needs compared to human wants or desires as long as someone has the ability to pay for the product or service.

Campbell critiques Smith’s notion that acting to better one’s condition out of self-interest is determined by human nature by bringing up Aristotle’s view of money within markets and other anthropological evidence. Aristotle’s view on material needs critiques this attribute of effective demand. Aristotle posits that monetary exchange involves two kinds of objects: goods and money. Goods possess specific physical properties that allow them to satisfy needs. Money is a homogenous entity that makes it distinguishable only in amount Money can be utilized in two different ways. First, as a means, money allows for the replacement of one kind of good with another. Second, as an end, money allows for the transformation of one amount money into a larger amount, therefore yielding a profit.

This second application leads to the misconception that money is unlimited, as it is conceived as both a means and an end. If money is the end of which wealth is achieved, the goal of all exchange becomes the mere acquisition of money. This is a distortion of money’s true purpose, which according to Aristotle, is a means for households to exchange goods and services. This inversion, from money as a means to an end misdirects our focus from the quality of these goods and services to their quantity. Profits are therefore prioritized over men, and man is treated as a means to profit rather than the end of profit.

Markets generally function as if there is no distinction between these two forms of monetary exchange. Dr. Campbell asserts that “effective demand shows that provision for needs must be the means for making profits”. If Aristotle is correct that we create an inverted economy in which profits are put over men, it is visible that economic institutions are our creations and therefore malleable to human direction. What this point ultimately proves is that the market is not inescapable as Smith argues. Campbell also cites economist Duncan Foley who speaks against Smith’s notion of human nature as paramount in Adam’s Fallacy:

“The regularities of market capitalism reflect human behavior in specific institutional contexts. These phenomena, however, are not universal and inescapable expressions of ‘human nature’ or human life itself”.

Dr. Campbell proposes that in order to escape the system we need to make needs the goal rather than the means. This leaves us with the difficult question of deciding as a society what exactly needs are and how best the market can provide for them.

Dr. Campbell raises an interesting question about the use of money in a society, which reveals a problem with the conceptual framework that surrounds modern markets. We view money as a means to more money, and it can be held in higher regard than the ends for which it is supposedly intended. One example of this phenomenon can be found in healthcare. If healthcare is a right that all people deserve, bestowing the care rightfully deserved should take precedent over money, which serves as a means.

However, given a limited amount of resources, we need to discern how should we properly allocate healthcare to all people. We hit a wall between what would be ideal (that healthcare as a right will reach all people) and what is currently feasible (knowing that limited resources cannot treat all people). While at present the prospects of effectively changing the system according to Campbell’s insights seems unclear, her insights do offer us a new lens to look through in viewing our markets. If the lens through which we look drives our activity within the market, and humans collectively affect the direction of the market, there is hope that adopting this new view could eventually reveal practical measures to address scarcity in a positive manner.