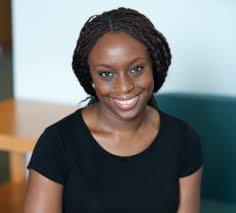 On October 9, Jamelle Bouie, who writes about politics, policy, and race for Slate, joined the 2040 Initiative here at Creighton Law School. In “Talking About Race: A Conversation with Jamelle Bouie,” he shared his perspectives on the events in Ferguson, Missouri; racial attitudes of the “Millennial generation” (of which he is a member); the Affordable Care Act, Medicaid, and race; and the relative infrequency of cross-racial friendships.

KIOS-FM recently broadcast that conversation in its entirety, and it is now archived and available online.

In the Q&A session at the end of the hour, a White student raised his hand. He said that he is interested in talking about race but fearful of saying the wrong thing.

Mr. Bouie’s response was – I thought – the most eloquent and important answer of the afternoon. His advice was to just take the plunge: It is better to get “pie on your face” than to never say anything. The key is to start, to be in the conversation. Conversations about race, he said, are so few and so fraught that we need to have them, even if something goes awry.

For about 25 years now, I’ve belonged to a book group.  My book group is all women, all White.

Just before Thanksgiving, we met to talk about our November book, Americanah, a novel by Nigerian author Chimamanda Ngozi Adichie.

Americanah is about race in America, written in the voice of an African who didn’t perceive herself to be Black until she came to the U.S.

Americanah started my book group talking about race, about White Privilege, about institutional and structural racism.

It wasn’t an easy conversation.  Yet if the conversation had been easy, I suspect it wouldn’t have been genuine.

The question to Jamelle Bouie by the White student focused on cross-racial dialogue about race – about White people talking about race with people who are not White.

But just as important is White people talking about race with other people who are White.

Either way, if you’re interested in a conversation-starter – Americanah is a good one.

And a great read.

One Response to 2040 Book: “Americanah” by Chimamanda Ngozi Adichie