Diversity: The Advantages of Not “Herding” 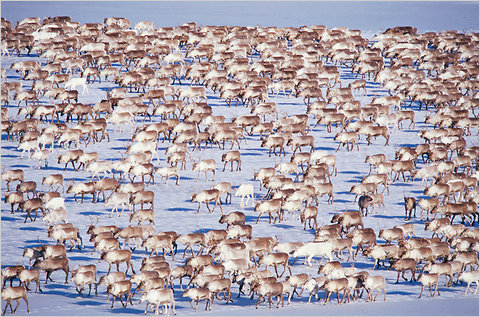 The Upshot feature in the New York Times provides data-driven analyses of a wide range of aspects of contemporary life that often offer a counterpoint to conventional wisdom.

In addition to wonderful interactive work that focuses on politics and the economy, The Upshot has regular sports coverage and more occasional forays into areas such as health (“Got Milk? Might Not Be Doing You Much Good”), paternity leave (“Being a Father is Good for Your Career, but Don’t Get Carried Away”), and religion (“Latin America Is Losing Its Catholic Identity”).

Earlier this week, Neil Irwin’s “Why More Diversity on Wall Street Might Fight Bubbles” highlighted the results of a National Academy of Sciences experiment in which one group of trained “financial traders” was ethnically homogeneous, while another group was ethnically diverse.

In a simulated market with homogeneous “traders,” over the course of trading prices became 33% less accurate.

In a simulated market with diverse “traders,” in contrast, prices became 21% more accurate.

The authors of the study concluded: “[T]raders in diverse markets … are less likely to accept inflated offers and more likely to accept offers that are closer to true value, thus thwarting bubbles….Homogeneity may play a critical role in herding…”

“Herding” refers to people with similar backgrounds and similar perspectives “going along” rather than asking the kind of probing questions that lead to better decisions.

Ethnic diversity is not the only kind of diversity that has been tied to healthy markets.

This past August, Sallie Krawcheck, formerly of Citigroup and now with a new Pax Ellevate Global Women’s Index Fund that invests in enterprises with more women in senior management, asserted that “the financial crisis was caused by many things. One thing I am convinced of, having been at the front row, is that one of the causes was groupthink.”

According to Krawcheck, though “men take more risk…[t]here’s actually research that shows that women are better investors – that they are more risk aware.”

On the other hand, “people have said if Lehman Brothers were Lehman Sisters it wouldn’t have happened; I wouldn’t go that far. I’d say, if it were Lehman Siblings, we would have had more of a fighting chance.”

Events from the financial crisis of the late 2000’s support Krawcheck’s perspective.

At that time, Brooksley Born, female Chair of the Commodities Futures Trading Commission, was a lone voice questioning financial practices. She encountered strong pushback from male heavyweights including Alan Greenspan, Chair of the Federal Reserve Board, Robert Rubin, Secretary of the Treasury, and Arthur Levitt, Chair of the Securities and Exchange Commission. Subsequent events proved Born’s questions well-taken.

And so greater diversity in financial markets and other sanctums of power translates to better decisions that, as Brooksley Born has put it, “do what’s right for the people.”

The question that arises: How – through a combination of business practices, law, and social norms – do we move from the knowledge that diversity in high places is beneficial to making that diversity a reality?

2 Responses to Diversity: The Advantages of Not “Herding”