I mentioned in my last post that I’m wondering if a perception on the part of some that a deep-seated American collective identity is in jeopardy of disappearing is in some way behind the backlash against “the other” – and contributing to who, exactly, the “other” is.

How do we identify ourselves, and perhaps more importantly, how do we exclude others in the definition of group identity? Why, for instance, might European immigrants easily fit into our self-notion of Americans, while Latin American immigrants may not?

How might this idea of collective, of American identity coincide with the events in Ferguson, where by all measures, Michael Brown was as American as the white police officers patrolling the streets?

Skin color and physical appearance are easy answers, but there is reason to believe that there is something deeper with regard to the exclusion of some groups from our national (and personal?) identity.   Something that goes beyond simple “citizenship” or even “Americanism.”

The 2040 institute, at its core, is peeling back the layers of collective identity, searching for what lies beneath. 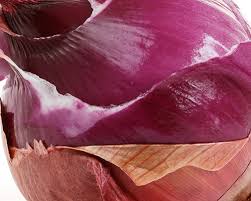 This entry was posted in Uncategorized and tagged "the other", American collective identity, backlash, exclusion, Ferguson, group identity. Bookmark the permalink.