2040 Demographics – “The Measure of Indians” 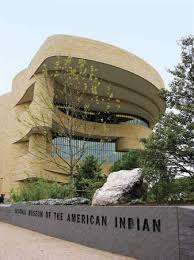 The current issue of the magazine of the National Museum of the American Indian (NAMI) features a piece – “The Measure of Indians” – that summarizes a long and troubled relationship between American Indians and Indian tribes and the U.S. Census.

I found two valuable demographic insights in the article.  One looks toward the past, the other toward the future.

Past – Historical Undercounting of Indians:  The Census did not begin to count Indians until 1890 because until then most were citizens of their own nations rather than of the U.S.  Even after Indians were included, undercounting – often due to government inattention or worse – was a serious problem that persists to the present day: In 2010, for example, the undercount for Indians living on reservations was estimated at 4.88%.  Because the Census is used to allocate government resources, this undercounting has real consequences.

This entry was posted in Uncategorized and tagged Alaska Natives, American Indians, history, one or more races, U.S. Census, undercounting. Bookmark the permalink.